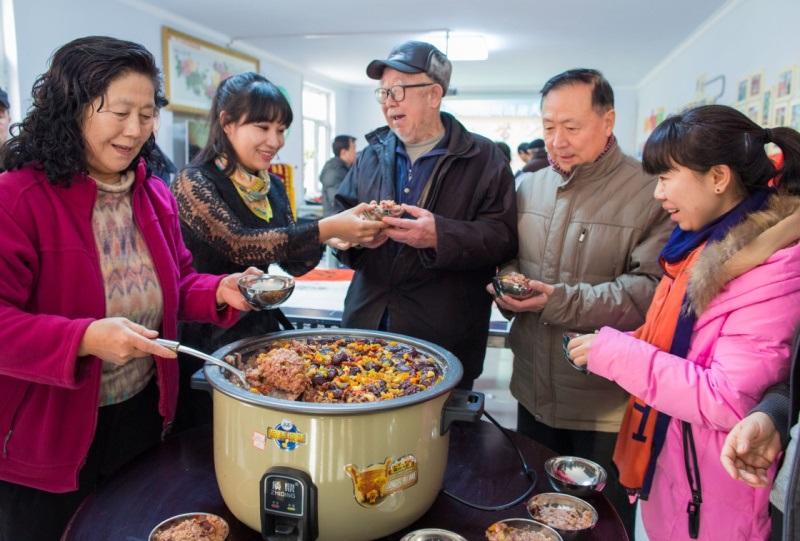 China is a country known for its well-preserved traditions, customs, and festivals. Laba Festival is among the widely celebrated festivals in China. La Ba is a combination of two mandarin words, La meaning twelfth, and Ba meaning eight. Hence Laba means the festival celebrated on the eighth day of the twelfth Chinese lunar month.

Origin of the festival

The origin of this festival can be traced back to 3000 years ago. Legends about this festival vary according to the dynasties. For Northern and Southern dynasties, this festival was celebrated on a fixed date, i.e., the eighth day of the last lunar month. It is believed that on this day Siddhartha Gautama, the founder of the Buddhist religion, attained enlightenment and became Buddha. This festival is sometimes also dubbed as ‘The Grand Buddhist Festival’.

There is more than one reason behind the name of this festival. Back in ancient times, the act of sacrifice was also known as ‘La’. These sacrificial rites were followed by prayers offered to the gods of heaven and earth, for safety, good health and harvest. Back in the days, these rites were performed in the last lunar month, known as the ‘month of la’ (or the month of sacrifice) consequently. La Ba festival is particularly celebrated to initiate the festivities of the forthcoming Chinese New Year.

The tradition of eating La Ba Congee (also known as La Ba porridge) has passed down through generations. Folklores mention that Shakyamuni (another name for Buddha) abandoned everything and went to seek enlightenment for six years, enduring hardship, he attained enlightenment under the Bodhi tree on the eighth day of the last lunar month. During these years, Shakyamuni only ate rice every day. People in China commemorate him each year by eating porridge on this day. Many Buddhist temples also serve La Ba porridge to the poor to pay their respects to Buddha.

La Ba rice Porridge was first introduced in the Song Dynasty, almost 900 years ago, but it gained popularity during the Ming dynasty, and was considered as a holy food for emperors and their officials. After being popular in the upper class, it also quickly became popular amongst the rest of the populace.

The preparations for this porridge vary from region to region. La Ba rice porridge is a mix of several ingredients like glutinous rice, red beans, Chinese sorghum, millet, dried lotus seeds, peas, dried dates, walnut meat, chestnut meat, peanut, almond and more. This nutrition-filled porridge is cooked in sugar with glutinous rice, red beans, and dried nuts in the north of the country, where it is considered a dessert. In South China, salt is used in the making of this rice with cinnamon and other condiments for added flavor.

The preparation of this cuisine is a time consuming process but has great nutritional value, especially in the winter season. The eight main ingredients are the reason why La Ba rice porridge is also called ‘Babao (eight treasure) porridge.

Laba Congee, a traditional dessert of the Laba Festival

Like every other festival, La Ba is also celebrated with zeal and zest. Two main customs are followed by every celebrant i.e., eating porridge and offering prayers. People in China come together in temples and offer their prayers to the gods of heaven and earth. These prayers are specifically offered for good health, fruitful harvest, and safety from evil spirits. People burn incense as well to keep the evil away. In the Buddhist tradition, rice porridge is also referred to as good fortune. Friends and families come together to enjoy their meal in harmony as well as share this porridge as goodwill. Back in ancient times, Buddhists used to present La Ba rice as a gift to the emperors and their officials on festivals.

Like every tradition, La Ba festival also holds its importance for the Chinese people, and among Buddhists spread all over the world. This day is referred to by other names as well, such as ‘Little Chinese New Year’ or starting of the ‘spring festival’.